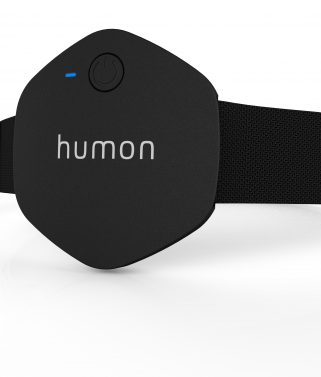 The Humon Hex uses near-infrared spectroscopy, or NIRS, to measure localized muscle oxygen saturation (SmO2). It works by measuring how the blood within your muscle tissue absorbs light in the NIR wavelength range. Since oxyhemoglobin (HbO2) and deoxyhemoglobin (Hb) have different absorption spectra, SmO2 can be calculated using the following formula:

Where THb is the total hemoglobin. Muscle oxygen can be thought of as the balance between oxygen delivery and consumption in the muscle. Large muscles require oxygen to provide fuel during activity and if there is not enough delivery or consumption, this will impact athletic performance.

The Humon Hex is the first clinically validated, real-time muscle oxygen wearable for endurance sports. It was built from over 2 years of research out of MIT and its accuracy was validated in a study published by Harvard Medical School and the Athinoula A. Martinos Center for Biomedical Imaging at the Massachusetts General Hospital. Below is a summary of the key findings in this study. You can read the full study here.

The Humon Hex was shown to be 96% accurate compared to the gold standard benchtop tissue-oximeter (MetaOx, ISS).

The Hex was compared to the MetaOx on 17 subjects during an incremental cycling power test. The results show a good agreement in the SmO2 measurement between the Hex and MetaOx with a 3.4% root mean squared error.

The Humon Hex algorithms were able to predict an athletes lactate threshold within a 21 watt window during an incremental cycling power test.

The Hex was found to be insensitive to different skin colors meaning anyone can use it.

To test the effect of different skin tones on the data collected by the MetaOx and Humon Hex, neutral density (ND) filters were placed over a silicone tissue mimicking phantom with known optical properties. It was shown that the SmO2 changes were less than 2%.

When comparing SmO2 in the presence of a subcutaneous adipose tissue layer the difference is small. While the total hemoglobin concentration is higher in muscle than fat, we’ve done lots of verification of the fact that fat and muscle have very similar oxygenation, both at rest and during exercise. During exercise thicker fat layers resulted in smaller (about 3%) overall drops in SmO2 since the volume measured includes less muscle and more fat. 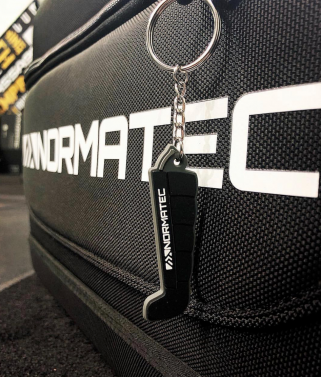 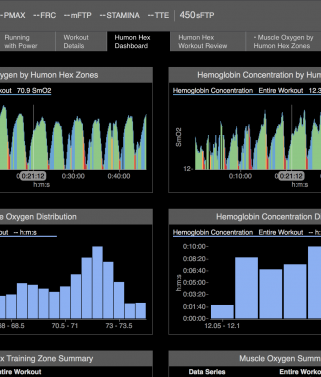 Next Post
Humon Muscle Oxygen Zones and Integration with TrainingPeaks